St Teresa of Avila, also called Teresa de Jesus and named by birth Teresa de Cepeda y Ahumada, was a Spanish writer and a nun, known for being a very important figure of the Catholic Church.

St Teresa commenced the reform of the Carmelite order, being as well the first woman to be recognized as the doctor of the church in 1970 by Pope Paul VI.

Learn with Joe Walsh Tours about the spiritual life and work of St Teresa of Avila, considered today by the Catholic Church as the “Patron Saint of Headaches and Migraines”. 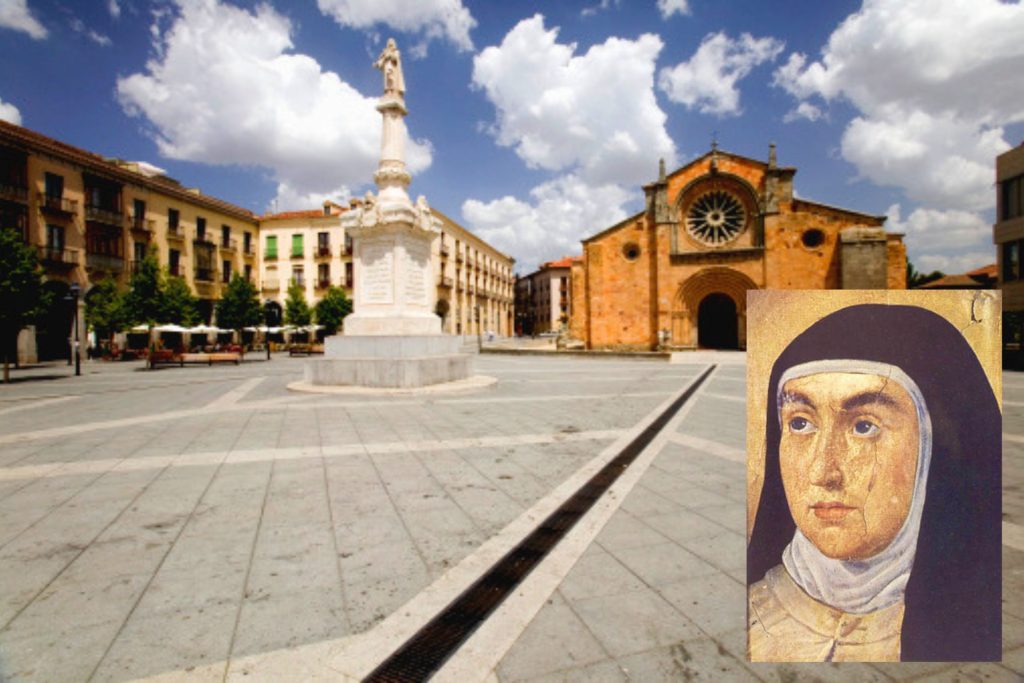 She was born in Ávila, in 1515, and was always connected to a spiritual essence, spending her time in prayer and reflection. Teresa, who was very close to her mother, had to suffer her loss at an early age, entering later the Carmelite Convent of the Incarnation.

As she became a nun of the convent, she experienced a serious illness and consequently, she started to experience divine visions, developing a great sense for spiritual prayers. Thereafter she improved her health, however, she decided to stop praying as she was discouraged by some who would not believe in her visions.

In 1555, she again got back to her religious devotion, and in 1558, Teresa began the reform of the Carmelite order, a restoration that was committed to the original values of simple life, poverty, and prayer. The first convent of the restoration, “St. Joseph’s”, was opened in 1562 under the Pope’s approval.

Teresa was allowed by the general in Rome to keep founding more convents. Soon after she met a Carmelite priest, who later became St. John of the Cross. He was a Spanish poet as well as a reformer of the Carmelite during the 16th century.

In total, she established 16 more convents throughout Spain. After some disputes between the friars of the Discalced Carmelites and the Calced Carmelites in Seville, she had the order to go back to Castile and not found more convents. Finally, King Philip II of Spain, who appreciated Teresa, was able to grant the Carmelites of the Primitive Rule independent jurisdiction, a fact that was approved by Pope Gregory XIII.

St Teresa of Avila died in her convent in Alba de Tormes, in 1582, after founding the last of the convents. In 1614 she was beatified by Paul V and canonized by Gregory XV eight years later.

Teresa was also a writer of spiritual poems such as her most popular poem “God alone is enough”. She is also known for her famous books such as “Way of Perfection” which she wrote in 1566, as well as “ Interior Castle or The Mansions” and “the Foundations” written from 1573 to 1582.

If you wish to learn more about Avila, read our blog : Things to do and see on your pilgrimage to Avila