Let us take you on a virtual journey to the most beautiful shrines of France, a journey of spirituality visiting the country’s most special sites of Catholic devotion. 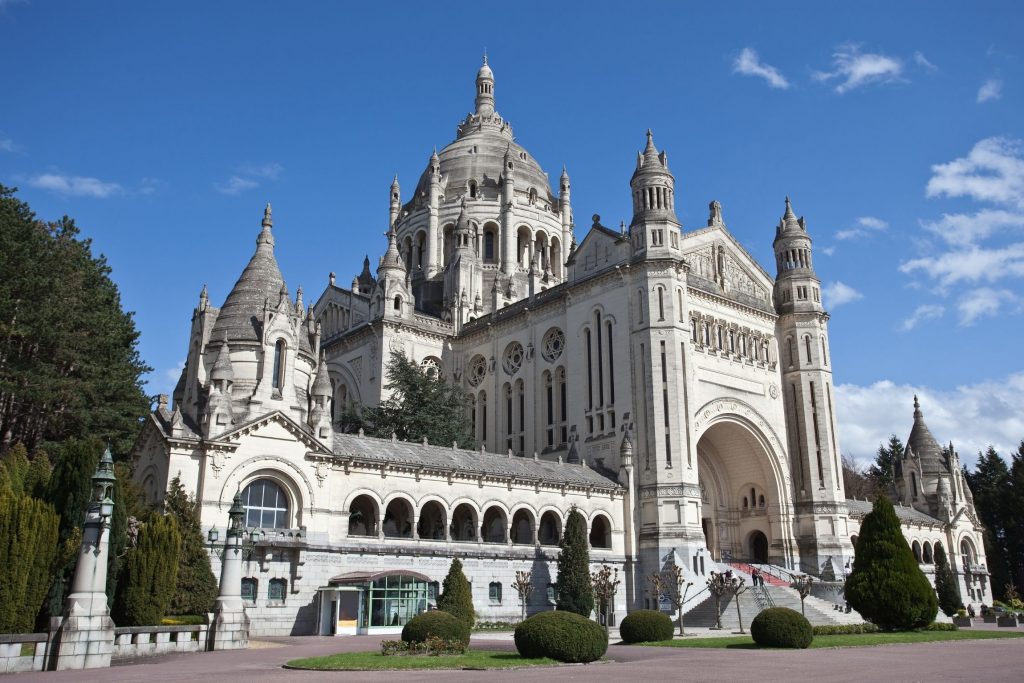 In Lisieux, Normandy, pilgrims can follow in the footsteps of Sainte Thérèse visiting the places where the saint lived and worked, including Les Buissonnetts and the Carmel Chapel as well as the Basilica that takes her name.

Saint Thérèse was born in Alençon on 2 January 1873 and later moved with her family to Lisieux where she spent her time meditating and praying in the Cathedral of Lisieux.

It was here where she discovered her calling to save souls through prayer and sacrifice. In 1888, at the age of 15, she joined the Carmelites at Lisieux.

Saint Thérèse died of Tuberculosis in 1897, at the age of 24. In 1899, France discovered the secret message of the young nun through her autobiography. She was canonized and proclaimed the greatest saint of all times by Pope Pius X in 1925.

The Chapel of Saint Gildard in Nevers is the resting place of Saint Bernadette.

In order to fulfill her desire for a religious life, Bernadette Soubirous joined the Sisters of Charity at Saint Gildard in Nevers on 7 July 1866 where she remained for 13 years until she died on 16 April 1879, at the age of 35.

Her body, which had been buried in the chapel garden, was discovered intact in 1909 and in 1925 it was transferred to rest in a shrine at the Chapel of Saint Gillard, where it still rests today.

Pilgrims can attend mass and visit the Convent of Saint Gildard, where they can see the body of Saint Bernadette and walk in her footsteps through the wonderful convent gardens. 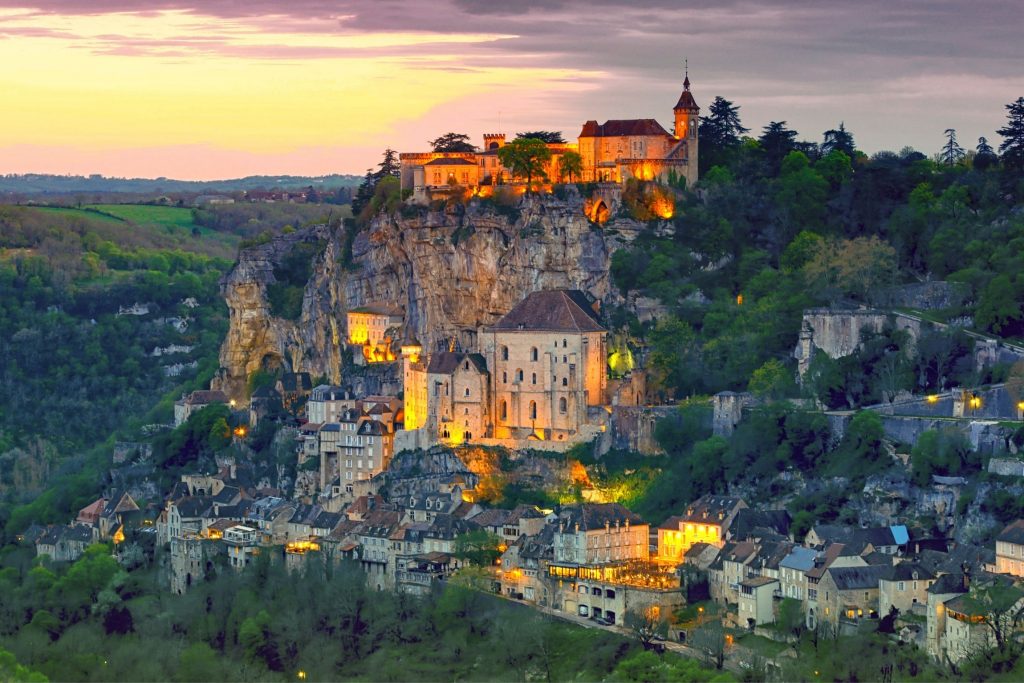 Perched on a clifftop over the gorge of the river Alzou, the monastic city of Rocamadour is one of the country’s most spectacular villages and pilgrims travel far and wide to visit the Church of the Black Madonna and the Miraculous Bell, as well as the tomb of Saint Amadour.

Rocamadour monastic city has been a pilgrimage destination for over 900 years and home to some of the most beautiful and dramatic shrines of France.

In 1166, the miraculously preserved body of Saint Amadour was discovered close to a little chapel which inspired the daring construction of seven churches and a monastery clinging to the cliff just above the town.

Located at the foot of the Pyrenees, Lourdes is the world’s most famous Marian Shrine and a place that has become synonymous with healing.

The origins of the pilgrimages to Lourdes began when Bernadette Soubirous reported the first of 18 visions of Our Lady on 11 February 1858. Since then, Lourdes has become the largest Catholic pilgrimage destination in Europe.

The Sanctuary of Our Lady of Lourdes, where the sacred grotto and the two Basilicas are located, embraces 22 places of worship and numerous facilities for the pilgrims and the sick, as well as the spring that began to flow from the spot dug by Bernadette on Our Lady’s instructions.

Pilgrims in Lourdes can visit the Grotto, Baths and Basilica as well as the places associated with St Bernadette’s life and work, including the Boly Mills, Le Cachot, the Hospice, the Parish Church and the Cemetery.

Pilgrims also have the opportunity to take part in some of Lourdes most special processions: the Blessing of the Sick, the Blessed Sacrament and the Torchlight Procession which takes place each evening. 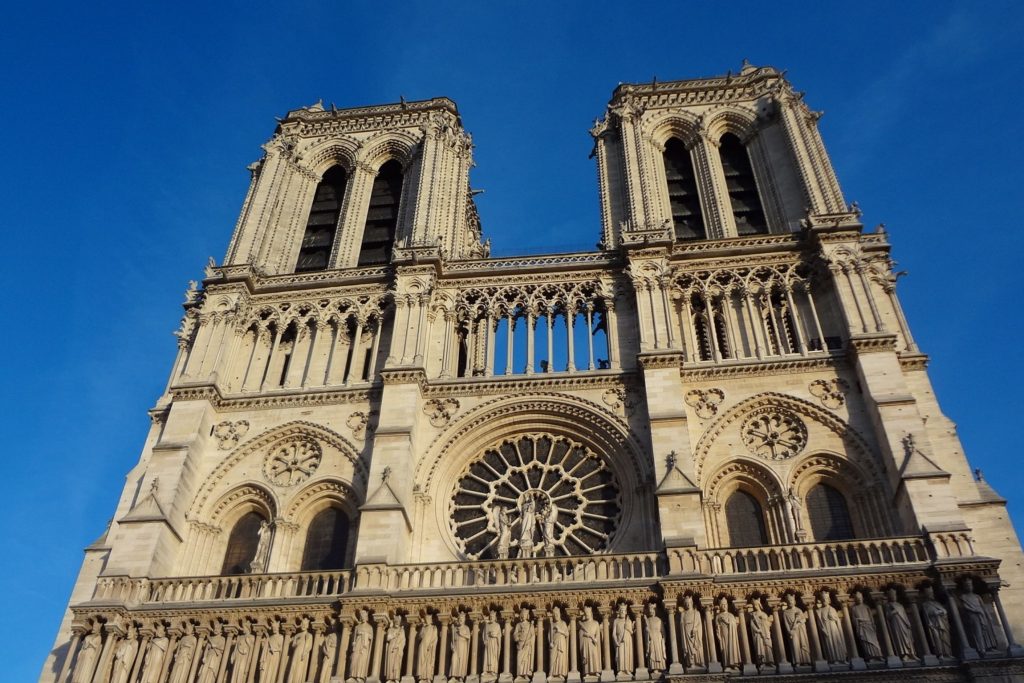 Paris, the fascinating French capital, is a city of extraordinary beauty, art and culture, as well as important religious sites.

Notre Dame Cathedral by the River Seine is an absolute must-visit for pilgrims, and is one of the most beautiful shrines of France as well as one of the city’s most iconic monuments along with the Eiffel Tower and Arc du Triomphe.

Pilgrims in Paris should also visit the Shrine of the Miraculous Medal at the headquarters of the Daughters of Charity in Paris, co-founded by Saint Louise and Saint Vincent de Paul.

It was here that Our Lady appeared to Sr. Catherine Laboure on the night of 18 July 1830 and instructed Catherine on the design of the Miraculous Medal.

The body of Saint Vincent de Paul can be seen nearby in Rue de Sevres. He died on 27 September 1660 and was canonized by Pope Clement on 16 June 1737.

For additional information about our Shrines of France pilgrimage tour or to book your place, contact our pilgrimage experts by email or phone.