Caroline, who leads our team in Lourdes, shares the interesting story of Bernadette and her first visit to what is known today as Lourdes Old Presbytery.

On the 2nd March 1858 following the apparition of that day when Bernadette was in an ecstasy according to the onlookers St. Bernadette left the Grotto and went to the Presbytery of Lourdes for the first time. 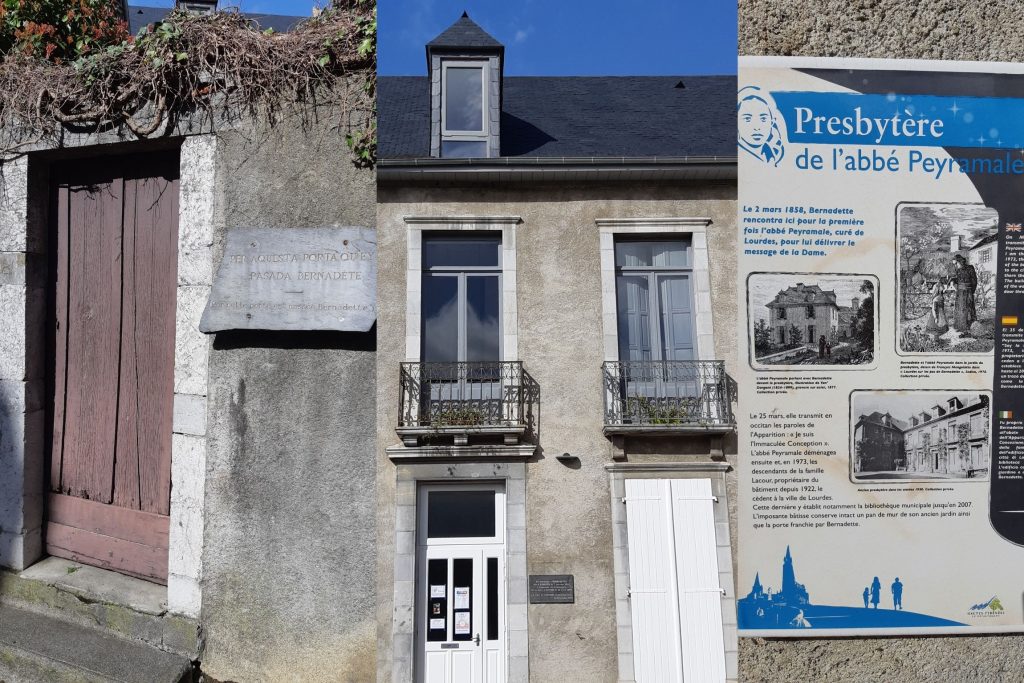 She was accompanied by her two aunts, Basile and Bernarde. Bernadette is going to give a message to Father Peyramale, the parish priest of Lourdes. Acquero told her to ‘tell the priests to build a chapel here and to come in procession’ ….so Bernadette sets out with this ‘message’ that she is determined to transmit.

Father Peyramale was quite a formidable character but Bernadette faces him all the same, communicating in patois (the local dialect) and she gives him the message that the Lady/Acquero wants a procession and the parish priest questions this.

Bernadette left the Presbytery but realised that she had forgotten to say that Acquero wanted a chapel built! So she returned alone later and told Fr Peyramale about the chapel, this time adding ‘even a small one’.

This is where Fr Peyramale tells Bernadette that she must ask the vision what her name is and so three weeks later, on the 25th March, Bernadette returns to the Presbytery with the words the vision used to give her name : ‘I am the Immaculate Conception’

Lourdes Old Presbytery is now owned by the town and served as the local library until 2007. Pilgrims can see the door, marked by a plaque reminding us of the significance of the place. The door and part of the garden wall have been conserved. A short stop outside the Presbytery reminds us of the faith and courage of St Bernadette, transmitting faithfully the messages of Our Lady to Fr Peyramale and in some way to us all: ‘tell the people to come here in procession.’

Photos show the original door into the garden of Lourdes Old Presbytery through which Bernadette passed on her ‘visits’ to the Presbytery to transmit the messages of Our Lady.

You can find details about our tours to Lourdes here: PILGRIMAGE TO LOURDES.