Elsa from the Joe Walsh Tours team in Fatima, Portugal, shares the history and significance of the Hungarian Stations of the Cross at the shrine. 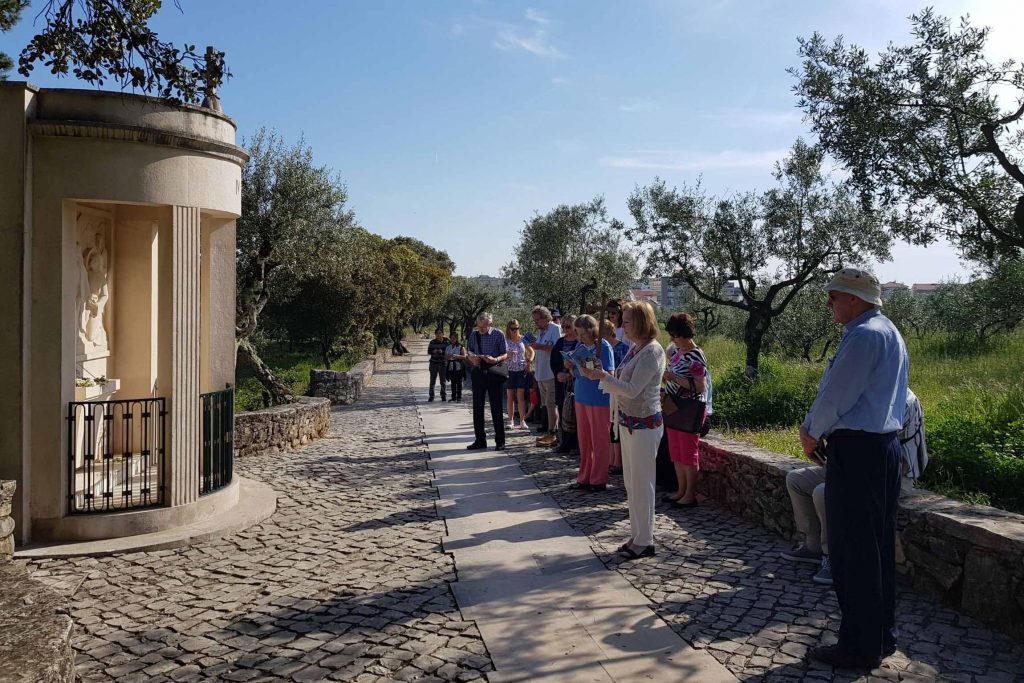 The Hungarian Stations of the Cross in Fatima begin at the roundabout of St Theresa of Ourém, the South roundabout. At this same location, there was a pond of dirty water back in 1917 where Jacinta, Francisco and Lucia used to bring their sheep to drink. They also drank themselves from the pond, in a spirit of reparation for sins.

The Hungarian Stations of the Cross then follow the path the three little shepherds used to take from Aljustrel to Cova da Iria.

Easily overlooked by most Fatima pilgrims are the small plaques in a seldom seen foreign language affixed to the base of each Station.  Inscribed thereon are the names and places of the donor for each Station.

These donors represent Hungarians of the ‘free-world’ who, between 1959 and 1962, erected this impressive display as an expression of prayer for the fall of atheistic Communism in Hungary.

The fourteen Hungarian Stations of the Cross and the chapel, offered by Catholics from Hungary, were designed by Ladislau Marec. The 15th station, inaugurated on October 13, 1992, was offered by the Hungarian parish of Lajosmizse in gratitude for the ‘resurrection’ of Hungary.

On the 75th Anniversary of the Miracle of the Sun, on October 13, 1992, Hungarians living in Hungary made a very special journey to Fatima. On that day, they dedicated the newly constructed 15th Station of the Cross, ‘the Resurrection,’ which they themselves had funded.

Led by their own Catholic bishops and priests, and accompanied by the Hungarian Ambassador to Portugal, these long-suffering, and now ‘free’ Hungarian faithful came to Fatima to give thanks for their nation’s ‘resurrection from the death’ of atheistic Communism. 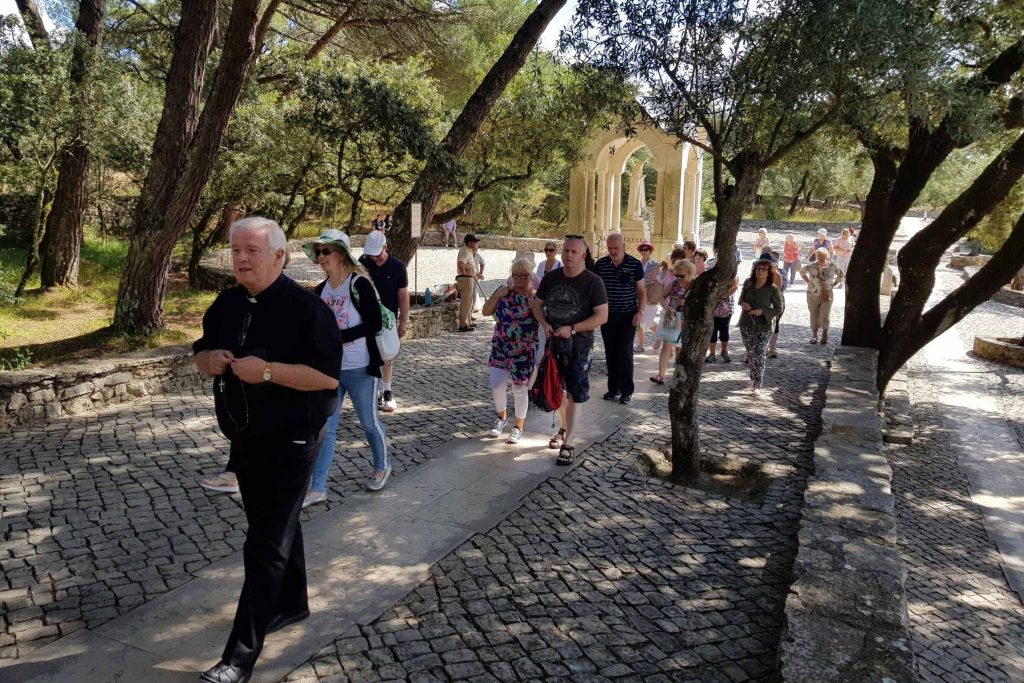 The panels of the stations, in bas-relief, and the statue of Our Lady Patroness of Hungary, inside the chapel, were created by Maria Amélia Carvalheira da Silva. The Calvary sculptures were made by Domingos Soares Branco.

In the chapel, the stain-glass windows, designed by Peter Prokop, represent Hungarian saints; and the two large ceiling mosaics, also by Peter Prokop, are composed of small marble stones and represent the apparition of Our Lady to the three shepherds and delivery of the Hungarian crown of St Stephen King to Our Lady.

Before reaching Santo Estêvão Chapel, visitors can see “Loca do Cabeço”, the spot where the three little shepherds received the “Peace Angel” for the first and the third time in Spring and Autumn 1916.

This is a place of sheer confinement, absolutely preserved, where olive trees and oaks define the spirit of the place.

The Hungarian Calvary and the Way of the Cross are a true must for all pilgrims travelling to the altar of the world, seeking faith and the answer to their daily problems. This is the perfect place for praying and introspection.

For more information and to book your next pilgrimage tour, contact our experienced travel experts.