The three secrets of Fatima are the prophecies or messages given by Our Lady to the three shepherd children, Lucia dos Santos, Fancisco and Jacinta Marto; during her apparitions in 1917. 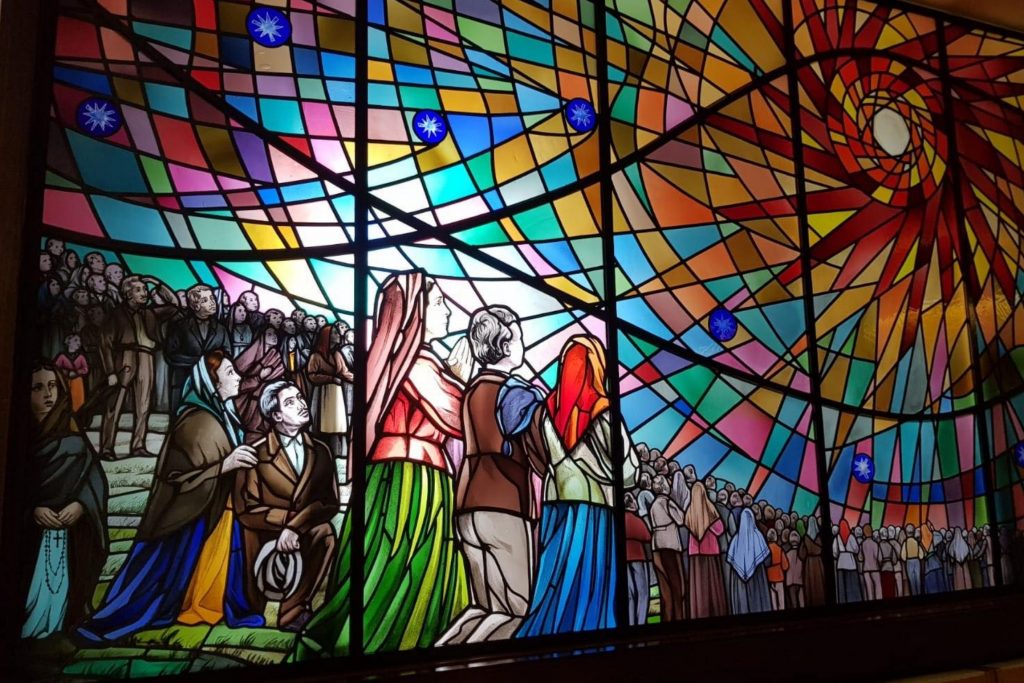 Our Lady first appeared to the three shepherd children on 13th May in 1917, when the children were out tending sheep at a place called Cova da Iria, near Fatima.

The children reported seeing a woman surrounded by light ‘brighter than the sun’ who asked them to pray the rosary for world peace and identified herself as the Lady of the Rosary.

While siblings Francisco and Jacinta Marto sadly died as children, during the Spanish flu pandemic; Lucia dos Santos would later become a Carmelite nun and lived to the age of 97 (She passed away in 2005). She wrote three memoirs during her life.

Francisco and Jacinta were beatified by Pope John Paul II in 2000, becoming the youngest non-martyred children to be beatified by the Roman Catholic Church.

Coinciding with the centenary celebrations of the Fatima apparitions, the siblings were canonized by Pope Francis in 2017.

The three secrets of Fatima

Over a series of six apparitions, Our Lady would give the children three ‘secrets’ or visions, known as the ‘three secrets of Fatima’.

The three secrets or prophecies remained a mystery until the 1940s, when Sister Lucia published her memoirs and revealed the first two secrets.

The first secret was a vision of hell, with tormented souls in a sea of fire under the earth.

The second secret was that World War I would end but another great war would begin (World War II would begin in 1939), as well as a request for the people of Russia to convert to Catholicism.

Sister Lucia didn’t want to share the third secret but was asked to write it down by the Bishop of Leiria and this document remained sealed until 2000. The Third Secret of Fatima was finally disclosed in 2000, on the day of the beatification of Francisco and Jacinta Marto.

The third secret was a vision of the persecution of Christians and, in particular, the attack on ‘a Bishop dressed in white’. The prophecy is interpreted as a vision of the assassination attempt on Pope John Paul II in Saint Peter’s Square in 1981, which took place on the feast day of Fatima, 13th May.

Pope John Paul himself believed the Virgin Mary had saved his life on that day and sent the bullet to Fatima to be placed in the crown of the image of Our Lady of Fatima, where it fitted perfectly.

The Miracle of the Sun

Our Lady also told the children that a miracle would take place on 13th October 1917. Despite initial scepticism, a crowd of over 70,000 people travelled to Fatima to witness what is known as the ‘Miracle of the Sun’, when the Sun appeared to ‘dance’ or make unusual movements; with some pilgrims also reporting miraculous healings.

In 1930, the Catholic Church declared the children’s visions ‘worthy of belief’ and today Fatima is one of the most important Marian shrines in the world, with approximately six million pilgrims visiting the shrine each year.

Most pilgrims visit the shrine in Fatima on 13th May, on the date that marks the anniversary of the first apparition. Pilgrims to Fatima receive a special blessing and they pray for healing or other ‘special intentions’.

We hope you enjoyed reading this article about the three secrets of Fatima.

For more information about our pilgrimages to Fatima or assistance organising a group tour, contact our knowledgeable pilgrimage travel experts at Joe Walsh Tours Pilgrimages.