Are you about to go on a pilgrimage to Medjugorje, a beautiful city of peace and renewal?

In this blog we are going to tell you 11 interesting facts about Medjugorje: 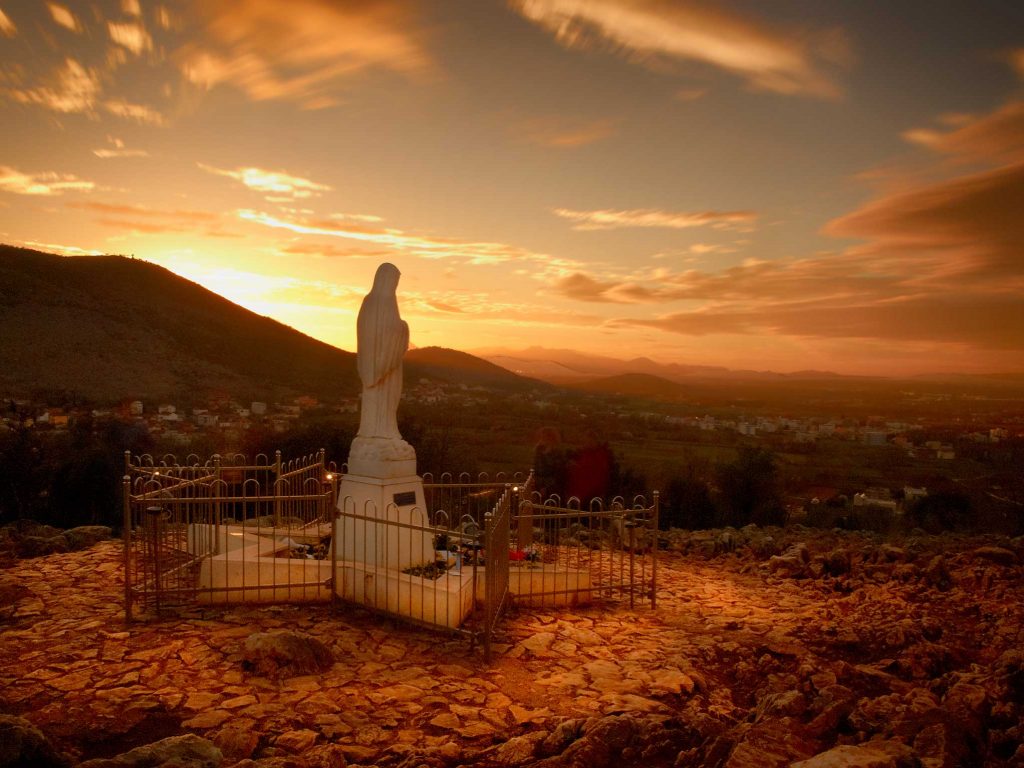 1 – Medjugorje is located in southern Bosnia & Herzegovina, and has a population of just 4,000 people, mainly of Croatian ethnicity and Catholic religion.

2 – “Medjugorje” literally means “between mountains” because the town is based among two hills: Križevac and Podbrdo (which will likely be called “Apparition Hill”).

3 – The parish of Medjugorje was founded in 1892 under the protection of St. James, the protector of pilgrims.

4 – The town became famous in the whole world when on 24th June 1981 six young people claimed to have seen the Blessed Virgin Mary.

5 – Since the first apparition of Our Lady of Medjugorje, the Virgin Mary has continued to appear daily for 40 years.

6 – Our Lady of Medjugorje first appeared in the afternoon wearing a long grey dress holding a baby and came back regularly the days after.

7 – As for what the visionaries told, the Most Blessed Virgin Mary, as she calls herself, has been appearing to convert the whole world.

8 – During one of the earliest visions, Mary was seen again by Marjia in tears near a cross with rainbow colours saying “Peace, Peace, Peace! Be reconciled! Only Peace. Make your peace with God and among yourselves. For that, it is necessary to believe, to pray, to fast, and to go to confession.”.

9 – Each evening pilgrims gather at apparition time for a few minutes at 5.40pm in winter and at 6.40pm in summer to receive the blessing of Our Lady.

10 – Pope Francis formalized Our Lady of Medjugorje just on 7th December 2017, when one of his envoys announced that official pilgrimages could finally be organised; in fact, the Medjugorje apparitions were asked to be studied in depth by the popes on duty and the latest ones were often put in doubt.

11 – The Holy See, the Church jurisdiction, actually formalized the decision of Pope Francis to authorize official Medjugorje pilgrimages on 12th May 2019.

We hope you enjoyed these interesting facts about Medjugorje.

Make sure to visit our blog Things to do in Medjugorje to prepare yourself for the best pilgrimage of your life, and if you still haven’t booked your Medjugorje pilgrimage and are interested in doing so, visit our website HERE or contact our travel experts.