As well as being one of the world’s most important Marian shrines and pilgrimage destinations, Lourdes is also located in a region, the Pyrenees, of stunning natural beauty and culture.

If you are spending a few days in the area, here are 5 great day trips from Lourdes for you to explore further: 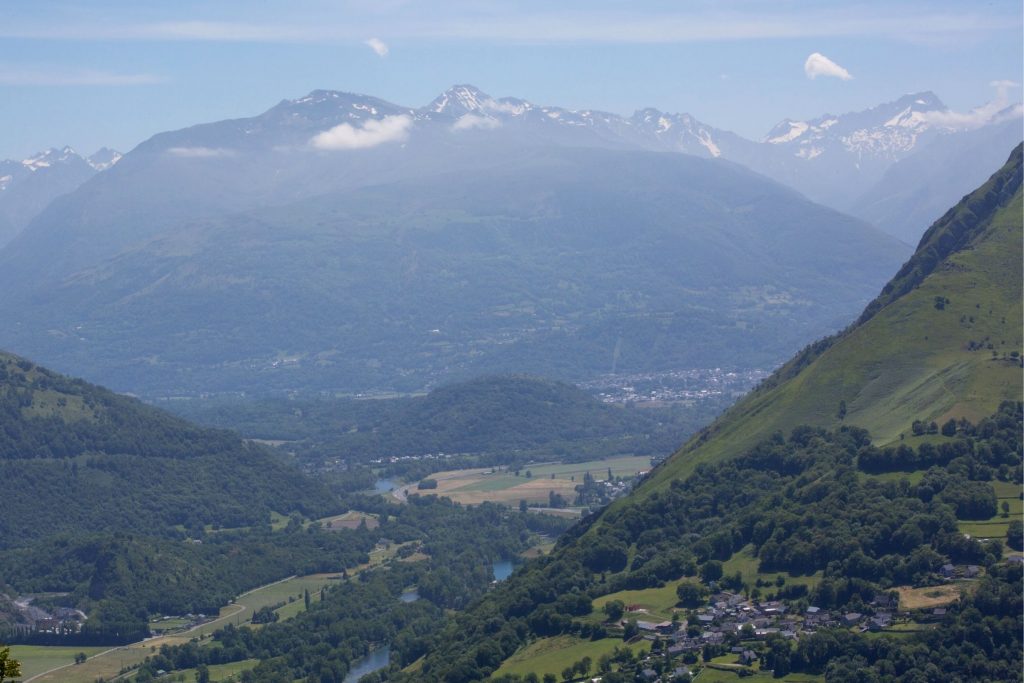 Bartrés is a little mountain village of only about 500 inhabitants where Bernadette of Soubirous spent some of her childhood at the home of Marie Aravant.

One of the main sights in the village is the Church of Saint Jean the Baptist, Eglise Saint-Jean-Baptiste, built in the 14th century and partially restored in the 19th century. It was originally fortified and served as shelter for the villagers.

During the visit pilgrims can attend mass at the church where Bernadette prepared for her first Holy Communion.

Depending on the weather, this trip also includes a stop at Lourdes Lake, a lovely spot to relax and enjoy the scenery particularly during the Summer months.

What to see and do

Formed by glacial erosion, the magnificent Cirque de Gavarnie was once referred to by Victor Hugo as a ‘colosseum of nature’ for its amphitheatre shape and huge dimensions.

Located in the heart of the Pyrenees National Park, Cirque de Gavarnie is part of the unique UNESCO listed site of Mont Perdu, spectacular for its natural beauty, as well as its cultural heritage.

Rising to over 3000 metres, this massif of over 30000 hectares is a place of extraordinary landscapes featuring two of Europe’s deepest canyons and three concentric walls or ‘cirque’.

This part of the Pyrenees on the French-Spanish border is also one of the last preserves of an agricultural way of life that was once widespread across European mountain regions, where the practice of transhumance still survives.

Gavarnie was the last village in France for medieval pilgrims on their way to Santiago and today is an important hiking and climbing centre.

From Gavarnie, you can walk along the river to the waterfall, the highest in mainland France, or a walk to the statue of Our Lady of the Snows. The statue was blessed by Pope Pius XXII when he visited Lourdes in 1935.

There are many craft shops in the villages, as well as a small perfume workshop where you can find perfumes made from local Alpine plants.

It is a very scenic drive to Gavarnie, passing by the Lavedan Valley, Argeles Gazost, St. Savin de Lavedan, Chateau of Miremont, Valley of Luz, Pic du Midi and Luz.

This trip generally takes place in the afternoon leaving Lourdes at approximately 1:30 pm and returning in time for dinner at 7 pm.

Ibardin, on the Spanish Basque Country, and Saint Jean de Luz, on the French side, are two places worth visiting during your trip to Lourdes.

Ibardin is a popular spot for tax-free shopping, and visitors travel there to buy leather products, porcelain, as well as alcoholic drinks at reduced prices.

Back in the French Basque Country, St Jean de Luz is a lovely seaside town and traditional fishing port on the Bay of Biscay. You can spend time at the beach, go for a stroll on the promenade and explore this charming town, including its great market and top restaurants.

The 13th century Church of St Jean the Baptist is worth visiting, as it was here where King Louis XIV married María Teresa, daughter of King Philip IV of Spain in 1660, by the magnificent Baroque altarpiece.

En route, the group will pass by interesting places such as Pau, birthplace of Henry IV; the Tower of Orthez, also known as the Tower of Misery; Dax, where St. Vincent de Paul studied during his early life; Bearn, famous for its wine; and Bayonne.

Trip duration: Full day
Approximate travel time: 2 hours
A packed lunch is provided by the hotel and you will be back in time for dinner.

Pont d’Espagne, Bridge of Spain, in the Pyrénées National Park, is a very popular place for walkers and hikers, looking to enjoy the wonderful mountain trails and stunning scenery.

After a scenic drive into the Pyrenees, once in Pont d’Espagne you can take a 15-minute ride on the Gaube chairlift up to 1.800 meters to get the most magnificent views of this beautiful part of the world.

Alternatively you can just walk to Lac de Gaube, a glacial lake at the foot of Vignemale mountain, the highest summit in the French Pyrenees; or simply sit and relax at the café by the waterfall.

This day trip includes a 30 minute stop at the La Raillier Thermal Springs, which is also famous for its Berlingot boiled sweets.

The Pont d’Espagne stone bridge was originally built in the 19th century to facilitate the trading of goods such as cheese, wine and even livestock between Spain and France.

SHRINE OF BETHARRAM AND PAU

Many miracles and favours have been granted to pilgrims here by Our Lady. One of the best known miracles took place in the 17th century, when a little girl who had fallen into the river was saved by Our Lady holding a branch. The name Betharram, meaning ‘of the beautiful branch’ in the local dialect, originated in that particular episode.

This was also one of the pilgrimage sites visited by Saint Bernadette and where she bought the rosary beads she had during her first apparition.

As part of the day trip, the group will also stop in Pau, the birthplace of Henry IV of France, to explore this lovely small city by the River Gave. A visit to Henry IV’s Castle is a must, as well as a stroll down the Boulevard des Pyrénées, which is over a mile long and offers wonderful views of the Pyrenees.

For more information about day trips from Lourdes, joining our upcoming pilgrimages or request information for your group, contact our travel experts at Joe Walsh Tours.